You are here: Home / Health / Medicine / U-I is part of ovarian cancer study 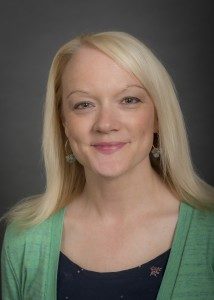 The Iowa Department of Public Health is part of an ovarian cancer study by the Centers for Disease Control and Prevention (CDC).

Mary Charlton at the University of Iowa says they are trying to find out why women don’t go to a gynecologic oncologist for treatment. “The guidelines says that the survival and other outcomes are much better when women are operated on by these specialist providers,” Charlton says. “So, we are trying to figure out what are some barriers and what are some things we might be able to do better.”

Charlton says one issue maybe access to the specialists. “That’s a big part of it — we only have six in the whole state of Iowa — and five of them are here in Iowa City. So, they are not geographically distributed very well,” she says. “But the ones that I have talked to here believed that between the six of them they do have the capacity to treat all of our ovarian cancer patients in Iowa.”

She says that isn’t the only issue and they want to find out more about. “Is it that rural patients don’t know that they should go? Is it that they can’t –they have some transportation barriers, lodging barriers — things like and so they just really need to be treated closer to home. We are looking into is it possible for some of the hospitals to work closer together. Can we do a little bit more outreach?,” Charlton says.

She says the study involves a lot of interviews. “We’ve already been talking with OBGYN’s around the state and some hospital administrators to get their perception of what’s happening,” according to Charlton. “We’ve talked to some of the gynecologic oncologists and then also through the Iowa Cancer Registry, where I am the associate director, we are also interviewing survivors of ovarian cancer to ask them about their experience and any barriers to receiving care.”

Charlton says the study will take one year to complete. She says they will spend part of the time figuring out what the problems are and then trying to figure out what they can do to make things easier for patients.  Charlton says it is the eighth most common cancer in Iowa and the fifth leading cause of cancer deaths in women.