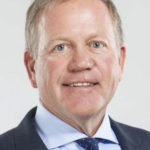 Notre Dame is conducting its first scrimmage leading up to the December 28th Camping World Bowl in Orlando against Iowa State. Fighting Irish coach Brian Kelly says his team has been mixing final exams with workouts this week.

“What is most important now is that as they navigate through a truncated scheduled relative to practices is that when they come over to this building they have to leave all the academics behind and really focus on football”, said Kelly.

Kelly says the offense will be a collaborative effort in the bowl and he will not be calling plays. Offensive coordinator Chip Long was fired at the end of a 10-2 regular season after three years on the staff.

“That is not my role and I have moved past that”, added Kelly. “I will be much more involved in the organization of the offense and making sure our room is where I want it to be and I think it is.”

Notre Dame capped a 10-2 regular season with a 45-24 victory at Stanford on Nov. 30. The Irish finished the season ranked among the top-15 nationally in both scoring offense (37.1 points per game) and scoring defense (18.7 points allowed per game), while registering three wins against teams in the final College Football Playoff rankings (USC, Virginia and Navy).