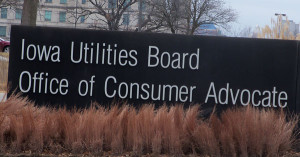 The Iowa Utilities Board has agreed to a settlement in the request for Alliant Energy to increase the rate the company charges customers for natural gas.

IUB spokesman, Don Tormey, says the settlement came after hearings and testimony on the proposal. “That agreement lowered the overall cost that Alliant was asking for in the increase. So, it went down from 11.8 million from 21 million,” Tormey says.

He says the drop in the amount of money Alliant asked for will mean a lower increase for customers. “It means that their bill is still going to go up. For an average residential customer, a revenue increase of seven-point-six percent overall of the customer’s total bill was approved,” according to Tormey. “So, they will see an increase — it won’t be as big as the company initially asked for.”

The settlement also includes a fee for those who want to opt out of using new gas meters. He says the board approved a two-dollar, 80 cent fee for those customers who do not want and advanced metering infrastructure or AMI meter. The new meters send out radio signals that are used to read the amount of gas used by customers so they don’t have to be manually read. Alliant had originally proposed a $15 dollar fee for those who wanted to opt out of using the new meters.

The company says it sought the rate increase for a series of system rebuilds and regulator station work for 2019 and 2020. Alliant says the upgrades will improve the reliability of the natural gas distribution system lines and enhance service for customers.

Tormey says Alliant is also seeking an electric rate increase, and that case is still in process and a final decision on that rate has not yet been determined.