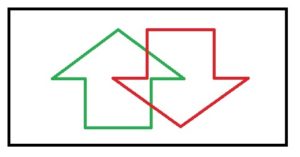 The end of the 20-teens is just days away and the tally isn’t yet final, but the state has gained population in the last decade and at a slightly stronger pace than some neighbors.

Iowa is in the midst of its longest period of population growth according to Gary Krob. He’s the coordinator of the State Data Center in the State Library of Iowa.

“We’ve seen consistent growth every year since the mid-80s,” Krob told Radio Iowa. “Generally, it’s more of what I like to call slow and steady growth, but there is growth.”

The U.S. Census Bureau is likely to release a 2019 estimate soon, but the agency estimated more then 3.1 million people were livng in the state by July of 2018. That’s 3.6% population growth since the beginning of the decade.

“If you look at the neighboring states around us, we actually grew at a faster rate than Wisconsin. Illinois has population loss currently. We grew than Missouri. We grew
faster than Kansas,” Krob said. “Nebraska, South Dakota, North Dakota and Minnesota grew faster than we did, but the rest of the states around us actually did not grow at the same rate that we did.”

In addition, Iowa no longer ranks among the top five oldest states. At the beginning of the decade, Iowa ranked fifth in the percentage of residents who were over the age of 65 and only two other states had more residents above the age of 85.

“In both those cases we rank now 17th for 65-and-over and sixth for 85-and-over, so those populations are increasing in our state, but there are other states that are seeing larger increases in the elderly population,” Krob said. “That’s something that I think sometimes people assume Iowa is aging at a faster rate than other states and that’s really just not the case.”

Nearly 22,000 people have moved out of Iowa this decade, but the state’s population was able to grow steadily because Krob said more than twice that many people from other countries moved into Iowa. The state’s minority populations are growing, too.

The biggest jump was in the Asian population. The number of Iowa residents of Asian descent grew 58 percent from 2010 to 2018. Krob reminds Iowans the 2020 Census begins just a few weeks into the next decade.

“There will be forms and postcards and a way to fill out the Census online,” Krob said. “and all that will start hitting mailboxes in late February and it’s really important for our state that we make sure everyone gets counted and in the right spot so that we can make sure that the funding and the resources that are needed are properly allocated.”

The next installment in Radio Iowa’s review of trends during the past decade will be focused on Iowa’s economy.