You are here: Home / Business / ISU study: Size matters when it comes to being happy with your house 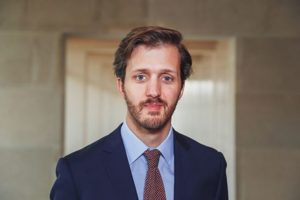 An Iowa State University study finds people are more likely to be unhappy with their house if it’s smaller than their neighbors’ houses.

“There’s this idea that when position matters, if there’s some value people get from living in the largest house in their neighborhood, that itself is by definition a scarce resource,” Kuhlmann says. “Only one of us can have the largest house.”

Our housing decisions may affect our neighbors’ actions, Kuhlmann says, and we could be unwittingly pushing our neighbors to spend more money to buy larger homes to “catch up.” It’s one possible explanation for the steady boost in the size of single-family houses nationwide over the last five decades.

“We care about how we compare to our neighbors, right?” Kuhlmann says. “I don’t think it’s necessarily materialism exclusively that explains this. I think it raises larger questions that need to be answered about how we’re building neighborhoods and how we’re building cities and the impact that these things have on not only our own wellbeing but our social wellbeing.”

As suburbs become more developed, Kuhlmann says big houses tend to beget even bigger houses. His research found that people living in the smallest house in their neighborhood are on average five-percent more likely to say they’re dissatisfied with their house compared to those living in the largest houses.

“What really makes us better off?” Kuhlmann asks. “Is it living in larger homes in the suburbs or would we all be better off if our homes were slightly smaller? We’d be spending less on housing. We’d be living closer to our neighbors, stuff like that. It’s just one small part of this larger impact of the way in which we live that I like to think a lot about in my field.”

The study was published this fall in the academic journal Housing Studies.