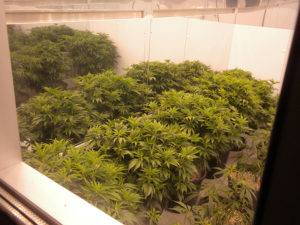 It’s likely the 2020 Iowa legislature will try to adjust the state-run medical marijuana program, but it’s not yet clear what will win final approval.

A bill last year would have let state-licensed growers and pharmacies make and sell slightly more potent cannabis-infused products — but after objections from a state board about raising the “cap” or limit on T-H-C, Governor Kim Reynolds vetoed the legislation.

“Almost every aspect of that bill I supported and they were all recommendations from the board,” Reynold said earlier this week. “The only piece that I didn’t support was the jump from where the cap is right now to where they went to.”

The state advisory board recently weighed in again, recommending an increase in the potency of medical marijuana allowed for sale at five dispensaries in Iowa — but not as much of an increase as was in the 2019 legislation.

“They listened to some of the individuals that have been impacted by the program and actually changed one of their recommendations,” Reynolds said. “…That was a positive step in the right direction.”

The board is also embracing the idea terminally ill patients should not be subject to any limits on medical marijuana use. Republican House Speaker-select Pat Grassley of New Hartford said it’s too soon to say what lawmakers may wind up doing.

“The House, the Senate, the board and the governor have to work on a bill that we can pass in each chamber and something that the governor can obviously sign, so as I sit here, I’m not going to get into what the weeds would be on that specific issue,” Grassley said Tuesday.

Senate President Charles Schneider, a Republican from West Des Moines, has met with the governor to discuss what may be possible in 2020.

“I have been a strong supporter of medical cannabis since I came into the legislature,” Schneider said Tuesday. “…It’s a matter of us working together and finding a way to get something done for Iowans that makes dosing more practical for the patients and for the producers.”

Current law uses percentages for the THC in state-regulated cannabis products rather than grams, which is how prescription medications which typically measured. Schneider’s also hoping lawmakers agree to expand the list of medical conditions that health care providers may recommend cannabis as treatment.

The legislators and Governor Reynolds made their comments this week at a statehouse forum organized by The Associated Press.