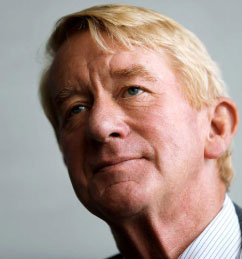 “I’d be much more engaged with the world and with our allies,” Weld said, “as people who are force multipliers and could help us to keep the peace and keep free trade an option for everybody.”

Weld said he would “blow away” the country’s trillion dollar deficit — and he’s be inclined to take action on climate change.

“It’s simply not responsible to fold your arms and say: ‘Hoax!’ when considering matters like that,” Weld said.

Weld is campaigning in Davenport, Cedar Rapids and Iowa City today. Former Illinois Congressman Joe Walsh, another GOP challenger to President Trump, will campaign tomorrow in Dubuque. Wisconsin Republicans are trying to keep Walsh and Weld off their primary ballot and a handful of other state Republican Parties have cancelled their primaries and caucuses altogether, but Iowa Republicans will be holding precinct Caucuses on February 3rd. The Iowa GOP released its list of caucus locations last month.