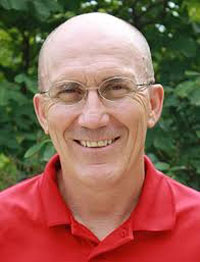 An Iowa State University study finds Iowa’s job rate grew by more than 7% in the decade since the Great Recession, but that growth was very lopsided.

ISU economist Dave Swenson says between 2007 and 2018, jobs in Iowa’s metro areas grew by 9%, while the state’s rural areas saw jobs fall by 2%. “Iowa recovered a little bit more rapidly from the Great Recession than the nation,” Swenson says. “We didn’t contract as much as they did nationally and we recovered back to our prerecession level of employment about a year before the nation did, but growth at the national level had a much sharper slope.”

Compared to the national average at just over 16%, and job growth in surrounding states which averaged more than 9%, Iowa’s recovery was not nearly as strong.  “We rank this decade alone just 6th worst in growth,” Swenson says. “Among our neighbors, we rank worst and among all of the Plains states, we’re growing at a slower pace than all of the Plains states as well.”

Swenson notes that Iowa’s jobless rate didn’t take as great of hit during the recession, falling just over 2% compared to a 5.5% drop nationally. Using federal data, Swenson found the state’s strongest job gains were in real estate and rental or leasing, which includes farmland rentals, while the greatest loss was in durable goods manufacturing.

“The growth in the metropolitan economies is relatively strong, but our economy is being dragged down somewhat because we’re populated with a lot of industries, agriculture, manufacturing, and industries that depend on agriculture and manufacturing that aren’t growing very fast,” Swenson says. “Our industrial mix is somewhat unfavorable towards growth.” During the past decade,

Swenson says Iowa’s metro areas added more than 30,000 jobs in areas like health care and social assistance, while smaller communities lost nearly 13,000 jobs. The shift makes it harder for people in rural communities, he says, as they have to travel farther for health care. In the future, Swenson says, rural areas may have to rely more on technology for those services.