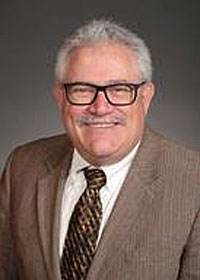 State Representative of Mark Smith is the first to announce he’s running to be the next chairman of the Iowa Democratic Party.

Current chair Troy Price announced his resignation yesterday in the wake of the Iowa Caucus mess. Smith says his background gives him the ability to step in and help restore confidence to his party.

“I’ve been a long-time activist in the Democratic Party and have done a variety of activities behind the scenes,” Smith says, “including being Marshall County Chair.”

Smith announced in September he would not seek reelection to a tenth term in the Iowa House. Smith served as Democratic Leader for five and a half years, leading the effort to recruit and raise money for legislative candidates.

The Democratic Party State Central Committee will meet Saturday afternoon to elect a new party chair. Smith says if he’s chosen, he does not plan to resign his seat in the legislature and will serve out the remaining 10 months of his term in the House.