You are here: Home / Agriculture / Oskaloosa legislator says he was targeted by animal rights group 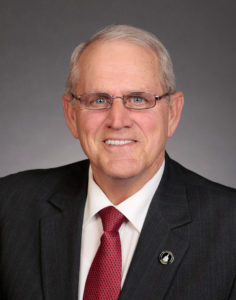 A joint investigation by the Mahaska County Sheriff and the Iowa Department of Agriculture has found there is no evidence animals were abused at a state legislator’s pork operation in southeast Iowa.

The California-based group, Direct Action Everywhere, shot undercover video on the farm last spring. Senator Ken Rozenboom, a Republican from Oskaloosa, says the group tried to smear him because he backed legislation to curtail such videos.

“I was targeted last year because I was the floor manager for Senate File 519 last year in Iowa that did offer more protections from and penalties for these kinds of illicit activities,” Rozenboom says. “Of course, the courts intervened and a federal judge ordered a hold on that legislation.”

He says the charges leveled by the animal rights group were totally unfounded. “This was a classic example of these illicit, undercover folks that claim they’re protecting the animals against farmers like myself that neglect and abuse and that sort of thing,” Rozenboom says. “It’s obviously very silly. Anybody in the farm audience knows you can’t treat farm animals like that and stay in business very long.”

Rozenboom says he continues working on legislation to protect farmers and ranchers from undercover videos and activists’ attacks and he intends to go after Direct Action Everywhere. “Thankfully, this has been blunted at this point,” he says. “We will press charges against these people to the extent that we can,” Rozenboom says. “We’re going to keep working on supporting our livestock producers across the country. We’re going to keep working on legislation that does just that.”

In December, Rozenboom said he leased the hog building to a different farmer. He says veterinary records show the herd was being treated for a respiratory infection that contributed to the problems the group documented.