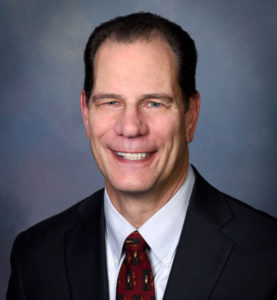 The head of the agency that manages human resources issues in state government is leaving before the Iowa Senate could consider whether he’d be confirmed for the job.

Jim Kurtenbach, a former Republican legislator, had been director of the Iowa Department of Administrative Services for the past eight months. Senate Democratic Leader Janet Petersen of Des Moines says she had concerns about the agency’s handling of sexual harassment cases.

“Wanting to make sure that the person that we put in charge of DAS is highly qualified,” she says, “so that we don’t continue to write check after check for employment issues we should have a better handle on.”

It’s likely Kurtenbach would have been unable to win confirmation in the Iowa Senate, as he would have needed the support of at least two Democrats. Petersen, however, says she never relayed any concerns directly to the governor’s office.

In a written statement, Kurtenbach said he had improved the culture in the agency to be “outcome driven.” Kurtenbach’s resignation is effective Friday, March 6. The governor says she’s already started a nationwide search for his replacement.