You are here: Home / News / Fitness centers prepare to open again in counties where restrictions are lifting 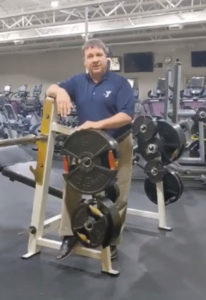 Fitness clubs in 77 Iowa counties are among the businesses that will be allowed to reopen Friday with several restrictions due to the pandemic.

Dan Haynes, executive director of the Nishna Valley YMCA in Atlantic, says they’re working to comply with the new guidelines. Those include maintaining a six-foot separation, which can be a challenge, given the number of workout machines.

“We do have two gymnasiums and we’re going to use half of one of them to relocate some of those pieces of equipment that are easily moveable or on wheels,” Haynes says. “And the things that we can’t move, we’re adopting the slogan, ‘A Machine in Between’.” That means there must be six-feet between users of machines or pieces of equipment. Haynes says he’s also expecting members to use common sense and sanitize the equipment.

“Clean a piece of machinery before you use it and you clean it afterwards and keep that distance,” Haynes says. “A lot of people are used to that in the grocery stores, so that’s what we’re doing. We’re going to try to limit the spots people where people have to touch. So, if it’s door knobs, if we can keep all the doors open or whatever it is, we’ll do that.”

The Y won’t open until Monday and based on the rules laid down by Governor Kim Reynolds, it’ll be for adults only. “We’re calling this a soft opening so we’re going to try to work out all of the kinks during that first week or two with the adults,” Haynes says. “As she lifts restrictions, then we’ll work on getting the rest of the building open, hopefully, for the kids.”

Along with restaurants, bars and many other businesses, the YMCA has been closed since March 17th. It was first chartered in Atlantic in 1890.