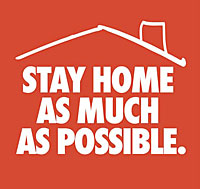 Barbers and hair stylists throughout the state are awaiting the governor’s announcement later this morning about reopening more of the state’s economy.

“Just learned to try to plug away at whatever you can do,” she says. “Thank goodness it was spring here before too long, so I could be outside some.”

Benson had to find some sort of revenue stream to replace her lost business income.

“I got the payment protection through the bank,” she says. “That one I got, but the one through the city that they just put out, I haven’t heard anything back on that.”

Benson says clients have been contacting her, ready to sign up for appointments as soon as she’s able to reopen.

“I have very, very faithful clients,” Benson says, “so as soon as the governor lets us back in, we will be up and running.”

Many independent hairstylists encouraged customers to buy gift certificates, to help supplement their income during the shutdown. As salons were allowed to open in other states, chains like Supercuts announced work areas will be sanitized between customers.

To limit the number of people inside each location, Great Clips is asking customers to check-in online and wait outside the salon until a stylist calls to let them inside. Some pictures on social media show a few hairstylists buying plastic face shields, hoping the covering will reassure customers about returning to the salon chair.