You are here: Home / News / Severe weather season has been uneventful so far this year 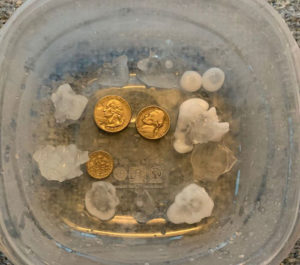 This is May 15th, marking the halfway point in Iowa’s severe weather season, and it’s almost like Mother Nature has decided to follow social distancing recommendations.

Meteorologist Jeff Johnson, at the National Weather Service in metro Des Moines, says the season has been very quiet so far with very few reports of rough weather.

“We went for 30 days without issuing a severe thunderstorm or tornado warning from the period mid-April until yesterday — that’s very low,” Johnson says. “Our traditional severe weather season here in Iowa goes from April through June with May and June being the two big months.”

There were a half dozen or so minor tornadoes in Iowa in late March, and then last night brought parts of the state heavy rain, hail and high winds. While severe weather can strike at any time, Johnson says it appears the sailing should be relatively smooth.

Some pandemic home-bound Iowans may find it hard to believe, but Memorial Day weekend is next weekend. Johnson says it appears we may have good weather heading into the unofficial start of summer. “Anything beyond four or five days this time of year, we’ve got to really take with a grain of salt,” Johnson says, “but there’s nothing on the horizon that suggests a big severe weather event, although we always have to be prepared for that eventuality.”

Keep informed about the latest forecast at weather.gov.