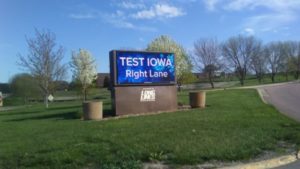 A north-central Iowa state representative is asking legislative leaders to review the performance of the Test Iowa program.

The state entered into a no-bid, $26 million contract with Nomi Health of Utah to provide expanded testing for the state. Representative Sharon Steckman, a Democrat from Mason City, is asking that the legislature’s Government Oversight Committee be convened to look into the testing program.

Steckman has questions about who Test Iowa is answering to and why there isn’t oversight from the legislative branch.

“Especially since the White House said Des Moines was one of ten hot spots in the nation for COVID-19, and Iowa’s ranked 14th highest of 50 states,” she says. “Environmental Working Group came out with a study they published yesterday that Iowa meatpacking plants rank number one in the nation for infections, and if you’re a county that has one near you, your rate for COVID is almost twice that of what the national average is.”

Governor Reynolds announced Thursday that the State Hygienic Lab had validated the machines used for the Test Iowa program and they expect more tests will be processed quickly and results will be delivered on a more timely basis. Steckman says despite that, more oversight needs to take place.

“It’s $26 million of taxpayers money. Whether it’s federal or state, someone should be watching over that money,” she says. “I know when they came to Black Hawk County, they used personnel in Black Hawk County, the National Guard also was helping, but they had to pull folks away, nurses and that, away from other things to implement the program. I just think it needs more scrutiny. Any time you have that much money, there’s always the chance for things to not go like you’d like them to.”

Steckman made the oversight request during Thursday’s meeting of the Legislative Council. House Speaker Pat Grassley said he would not rule out the request but he had not had any conversations about it with the chair of the oversight committee.