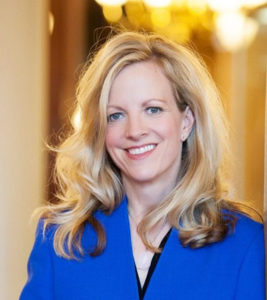 The two top Democrats in the Iowa legislature are calling on Republicans who control the debate agenda to take action on criminal justice reform when the 2020 legislative session resumes Wednesday.

Senate Democratic Leader Janet Petersen of Des Moines said that includes Republican Governor Kim Reynolds’ long-term push to automatically grant voting rights to felons who’ve served their time. “The events that unfolded over the weekend show that Iowans want to advance equality and racial justice in our state,” Petersen said during an online news conference this morning, “and while Senate Democrats plan to come back into session to balance a budget and deal with COVID recovery, I also believe the time is now for us to address racial injustices.”

Petersen said she’d like to see action on a bill aimed at curbing racial profiling by police. A bill that previously stalled in the legislature would have created a state community policing advisory board and collected data from state and local law enforcement stops. House Democratic Leader Todd Prichard of Charles City said as a former prosecutor, says law enforcement is most successful when they collaborate rather than confront the communities they’re policing.

“We do a lot of things right, but we have an opportunity to improve and maybe be a nation leader in community policing,” Prichard said this morning.

“We’ve had a lot of talk, but not enough action,” Prichard said. “The numbers kind of bear out that we haven’t acted enough if you look at some of the disparities in the numbers.”

Although less than 4% of Iowa’s population is black, 25.4% of the inmates in state prisons are black.