You are here: Home / News / Changes made to help with confusion about federal relief debit cards 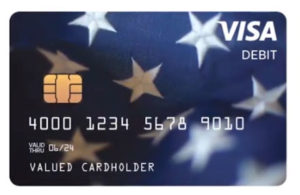 Iowa Attorney General Tom Miller says discussions with the U.S. Treasury Department have led to some changes to address issues with the debit cards sent out as federal relief money payments.

Miller’s spokesman, Lynn Hicks, says there was little information sent out beforehand, and that raised questions about the cards.
“People received these, they thought it might be a scam or it might be a solicitation. They had no idea that this was the stimulus money or the economic impact payment money,” Hicks says.

He says the process used to activate the cards added to the problem. “They were asked to call a number and provide their Social Security number and other personal information — which of course we always tell people don’t do that,” according to Hicks. “We are glad people were listening and had their radar up about his. Unfortunately, in this time they threw those away and they’ve had some difficulty getting the cards back.”

He says it will now be easier to call to get your card replaced through the phone system. He says you will be prompted and punch the number for a lost and stolen card and then you will be asked for the last six digits to your Social Security card. “That changed because they were originally asked to provide the number of the card, which they did not have.” 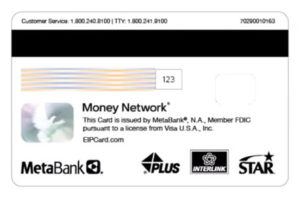 The back of the card.

There was a $7.50 fee to get a new card, but Hicks says that has now been waived. And he says the limit has been raised on how much you can withdrawal from the card. “People should be able to take the full amount out now instead of waiting and doing multiple withdrawals,” he says. “They should be able to transfer all the money to their bank account, if they chose to do so, and do so for free.”

Hick says representatives from the Nebraska attorney general’s office and the National Association of Attorneys General joined the Iowa office in asking for the changes that should improve the use of the cards.
“If they are having problems with their cards or they threw away their card — go to that number 800-240-8100. Now, keep in mind that a lot of people are probably calling, so there may be some delays here. People are still going to have to be patient,” Hicks says.

He says Treasury officials said they will work with MetaBank to update the EPIcard.com website to address these issues.