You are here: Home / Business / Banks asking for your spare change as pandemic creates coin shortage 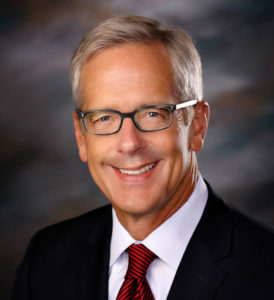 Brother, can you spare a dime? Or maybe a quarter, penny, nickel, or any other change? That’s what banks and credit unions are asking right now as the country is seeing a coin shortage.

Iowa Bankers Association president, John Sorensen, says it stems from the slowdown in business brought on by the pandemic.
“Iowans have not been spending as much during the early portion of the pandemic — and when they did frequently online — and we found that coins were not in circulation,” Sorensen says.

This happened across the country and prompted federal officials to take action. He says the coin supply is managed through the Federal Reserve Bank through the U-S Mint. “Because of this lack of circulation, they have determined that it’s important to ration coins to banks,” according to Sorensen.

He says the shortage will end as the economy opens back up, and until then, they have one solution. “We’ve actually been encouraging consumers to think about the coinage you have at home — may be taking that into your bank, depositing it or exchanging it for dollars — so that we can keep our supplies replenished,” Sorensen says.

Banks supply coins to businesses and Sorensen says some use more than others in day-to-day transactions. “Convenience stores, gas stations, places like that, they indeed need to make sure that they have coinage available to accommodate that need,” Sorensen says. “We come a long way in providing more digital options to consumers — but it is still important for smaller transactions to have that coinage available.”

Sorensen says you can help by taking in extra coins when you visit your bank or credit union.