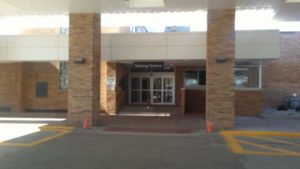 The Sioux City Council has approved an initial agreement to provide one daily round-trip flight from Sioux Gateway Airport to Denver, Colorado.

The agreement with SkyWest Airlines would provide air service through United Express beginning October 1st. Councilwoman Julie Schoenherr voiced her approval for the deal after a unanimous council vote.

“I think it’s something that’s going to be enjoyed and very beneficial to Sioux City people and surrounding area,” she said, “not just those who live in Woodbury County.”

Schoenherr added that the flight may benefit the area in terms of those flying into Sioux City as well as those flying out to Denver.

“Family and friends coming in, business partners and perhaps potential businesses who may want to have an office or a home base here,” she said.

It has not been determined what time of day or how many passengers would be on the westbound flight. The Sioux City airport’s direct will meet with Sky West officials this weekend to discuss details.