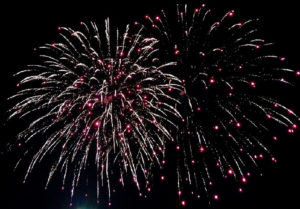 Information from air quality monitors showed several cases where the air quality exceeded the EPA limit for fine particles in the air during the Fourth of July weekend.

The DNR’s Todd Russell says the state generally does not have such long-term periods where the air exceeds the federal standard. Russell says there was one in Davenport in 2012. “That one was pretty significant. I believe we have had maybe a couple of other exceedances at one or two sites over the last several years. But this was by far the largest and most extensive as far as area wise as well as the intensity or the levels,” Russell says.

He says air monitors saw issues in Des Moines, Davenport, and Muscatine on July 4th, and in Des Moines and Clive on July 5th. Russell says they don’t know for sure — but the problems were most likely created by people shooting off fireworks — not professional fireworks shows. He says that was particularly the case in the Des Moines area.

“Just observations and what folks all around town saw. The smoke hanging at low levels and the spread of the smoke pretty much all over the city,” according to Russell. “I would guess it was much more local personal fireworks. But that is somewhat a guess on my part.”

Russell says the calm weather conditions likely contributed to the problem. “The smoke did not tend to rise as it normally would in normal conditions. The calm winds and the atmospheric inversion — or a capping layer over our ground-level air — held all that smoke, both down close to the ground, and allowed it to just spread out rather than being blow away in one direction or another.”

He says the air in Iowa this summer has otherwise been clean. Russel says less traffic on the roadways and businesses shut down by the pandemic may be contributing to cleaner air. “Possibly our air quality has been better due to the decrease in economic activity. I would say that is more true possibly for ozone than particulate. It is not something that we can quantify,” Russel says. Ozone is created by cars and trucks on the roadways.