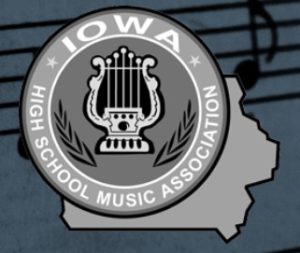 The executive director of the Iowa High School Music Association wants to set the record straight after false information has circulated about events being cancelled due to COVID-19.

Despite some necessary changes, Alan Greiner says every effort is being made to continue holding the competitions which have become an annual focal point for young musicians across Iowa.

“The IHSMA State Marching Band Festival has been cancelled as far as the traditional in-person festival that happens in eight different regions,” Greiner says. “We have moved that festival to an online format.”

He says the decision to shift the marching band event to virtual comes out of concern for the health and safety of students and staff. It follows an earlier decision to move the All-State Music Festival audition process online.

“That’s a regional festival where we bring multiple schools together into a single location in small enclosed spaces for students to audition for an adjudicator,” Greiner says, “who is typically somebody who’s experienced and would be in the high-risk category for the virus.”

The music association is also issuing Return to Learn guidance for schools to aid them in making sure the classroom environment is as safe as possible.

“It’s based upon some research that’s being done at the national level,” Greiner says. “The results from that are very preliminary at this point, it’s a six-month study, but they realized the importance of getting some preliminary information out so schools could start to make decisions based upon the most recent information that’s available to them.”

Auditions for the All-State Music Festival will be held online in late October, with the virtual festival scheduled for November 19-21. The date for the State Marching Band Festival has yet to be announced.