You are here: Home / News / Local governments still hoping to get a state face covering mandate 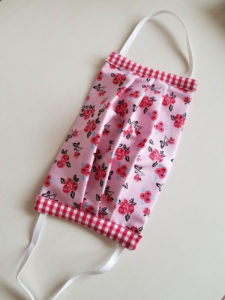 Some local elected officials in Iowa are grappling with how to get more residents to wear face coverings, at a time when their ability to mandate masks is uncertain.

Mount Vernon, a town of four-thousand, is preparing for a major influx of residents when Cornell College students return next month. City council member Debra Herrmann says the state’s approach of “personal responsibility” undercuts her community’s efforts to prepare.

“It takes away our ability for our small retailers to approach their clientele and say, ‘You know, you’ve really gotta’ have a mask on when you come into my establishment,'” Herrmann says, “and that’s expected behavior.”

Several cities and counties in the state have issued face covering orders which may not be legal or enforceable. The Linn County Board of Supervisors is moving forward with a resolution calling on the governor to allow local mask mandates. Board chairman Ben Rogers says he hopes local leaders across Linn County will sign on as well.

Rogers says, “We would like area mayors to sign onto our call to the governor to allow local officials to be able to make local decisions that the governor is currently not utilizing.” Linn County supervisors are finalizing the language of the resolution and plan to vote on the measure next Monday.

Supervisors say they don’t want to pass a mandate that’s unenforceable, and instead, want to pressure Governor Reynolds to grant local officials that authority.