You are here: Home / Fires/Accidents/Disasters / Nonprofit group Matthew 25 dealing with new disaster in their own back yard 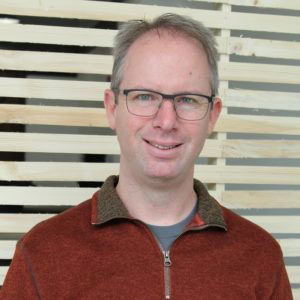 Members of a Cedar Rapids non-profit group that revitalizes neighborhoods are working plenty of overtime since the city was heavily damaged by this month’s derecho and its 140-mile-an-hour winds.

Matthew 25 helped rebuild 25 city blocks after the flood of 2008, partnering with other organizations to invest more than six-million dollars. Executive director Clint Twedt-Ball says the derecho brought a new set of challenges to Iowa’s second-largest city.

“Our mission has always been on helping the most vulnerable so this has just elevated that need in a lot of neighborhoods,” Twedt-Ball says. “One thing we’re doing is we’re getting generators out to people that have medical conditions and couldn’t afford to go drop $1,000 on a new generator.”

While the storm hit August 10th, some residents in Cedar Rapids remain without power even more than two weeks later. Twedt-Ball says the organization is being buoyed by generous gifts from corporations and individuals. Twedt-Ball says, “I think those donations of things like tarps and generators, financial resources to help people that their insurance won’t cover reconnecting to electric or the holes in the roof, that kind of thing, any of those things are really critical.”

After the floods, Matthew 25’s “Block by Block” program became a model for disaster recovery and neighborhood revitalization, as it helped more than 250 families move back into their homes. The damage from this derecho was much more widespread, but he says they’re taking steps forward every day.

“When you walk up to a family and they’ve been doing in-home dialysis by pumping it with their hands and you can give them that generator that’s a lifeline and they burst into tears,” Twedt-Ball says, “that’s all I need to feel like we’re making a difference.”

The Cedar Rapids headquarters of Matthew 25 also suffered in the storm, with severe roof damage to its building and greenhouse. Donations are welcome at: www.hub25.org/donate25