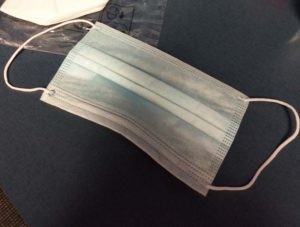 Hamilton County leaders voted to reject a resolution Tuesday that would have required the wearing of face masks in unincorporated areas of the county, including county parks and recreation areas.

Hamilton County Sheriff Doug Timmons was among the speakers and he noted the governor and the state attorney general have both said it’s unconstitutional to make masks mandatory. “I have a hard time with government coming in and telling me I have to wear a mask,” Sheriff Timmons says. “If I need to wear a mask going into Kmart, Walmart, any of those places, I respect that. I will wear a mask. The job of enforcing that comes down to my deputy. It would be very hard to enforce, almost to the point that we wouldn’t enforce it. We would educate.”

Several residents spoke about the proposed resolution before the vote, including Robert Johnson of Stanhope. “I have no problem with someone wearing a mask but when I am told that I have to, then that gets under my skin,” Johnson says. “We have freedoms in this country. I’m not saying people aren’t dying. I’m not saying people aren’t getting sick from this, but please, give us our freedom of choice.”

One woman who spoke was wearing a mask, Lori Isvik of Jewell, who urged county leaders to vote yes. “If I can stop one death or one person from being in the hospital on a ventilator, I will wear this mask for the rest of the year,” Isvik says. “I’ve been exposed. I’ve been on a 14-day quarantine. I’ve been scared. I just think we should respect people and we should pass this tonight.”