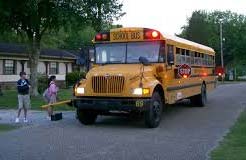 Some Iowa schools have only been back in session a few days and there are already multiple reports of vehicles passing stopped school buses.

Iowa State Patrol Trooper John Farley says it’s a recurring problem as motorists break the law by passing a stopped bus with its lights flashing and stop arm extended.  Farley says, “I’ve taken two complaints in the last two days and investigated those incidents where somebody has passed a school bus.”

Farley says he’s repeatedly amazed by people who break this law. “The school bus is probably the most recognizable piece of equipment on our roadways,” Farley says. “It’s big. It’s yellow. It’s got lights all over it. We expect a school bus to stop either to let our youngsters off or have them board the buses in the morning. And we know that they’re always going to one place, they’re always going to school.”

Many Iowa schools have modernized the technology on their bus fleets, which is a big help for law enforcement.  “School buses are equipped with video cameras not only inside but outside the buses,” Farley says. “When somebody does pass that school bus and the stop arm is out, the red lights are on, it’s clearly visible and we have that video, visual evidence when somebody passes a school bus.”

In recent years, Iowa legislators raised the penalties for breaking Kayden’s Law, named for a youngster who was killed by a motorist who passed a stopped school bus in Northwood. Violators can be fined between $250 and $675, plus, lose their driver’s license for 30 days or get 30 days in jail.