You are here: Home / News / Iowa Brewers Guild president says pandemic could force one third of breweries to close 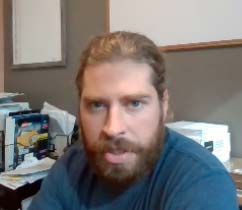 The president of the Iowa Brewers Guild says the impact of the pandemic closings could put as many as one-third of the state’s independent breweries out of business for good.

Scott Selix gave an update during the Iowa Wine and Beer Promotion Board meeting. He says it’s hard to get an exact handle on the impact. “From the best that I can glean, brewery sales are down 40 to 50 percent across the board,” Selix says. The governor shut down all breweries for a time during the pandemic and then shut them down in six counties after COVID-19 cases spiked.
Facilities in Polk, Dallas, Linn and Black Hawk Counties can reopen at 5 p.m. today.

Selix says the impact on breweries depends on how diversified they are. “That tends to be worst for smaller breweries. Larger breweries that have cans in stores and have distribution models have seen sales somewhat shift from taproom sales to stores,” according to Selix.

He says those breweries that were just getting started when the pandemic hit appear to have suffered the biggest hit. “Newer breweries have seen their sales drop by….. some of them as much as 80 percent,” he says.

Selix says some breweries won’t be able to survive the drop in sales. “I believe based on information I’ve had talking to all of our members — we are going to see at least three Iowa breweries close in the next 30 to 60 days. And I fear that we may lose 30 breweries over the course of this winter,” Selix says.

He says the warm weather did give a boost to breweries. “Summer has helped with outdoor sales and patio sales,” he says, “but unless there is, I would say significant permanent intervention, we could see as much as a third of our breweries close.” He says breweries may be able to work out some agreements with their landlords that would help, but they will need other help. Selix operates a brewery in Des Moines.