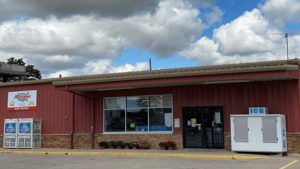 Residents of Edgewood have purchased the town’s grocery store.

Residents of another small Iowa town have stepped up to buy their local grocery store to keep it from closing.

Edgewood resident Art Johnson says Karl’s Grocery Store has been part of the community for decades — but the owners were getting out of the business. He says they decided to close the store and sell the real estate. “And that did not fly to well with the people here in town.”

Johnson is part of a group of 25 to 30 investors for Karl’s Grocery Store – and he says they’ve been adding one or two new investors each day. “Some have invested a fair amount of money, some have invested the minimum 500 dollars per share,” according to Johnson. “We have gathered together enough money to buy the building, purchase the inventory with the help of a small business loan — but we are in pretty good shape right now.”

Johnson says the investors aren’t grocers and are keeping on the manager of the store current employees. “Nobody’s looking to get rich — the investment is in the community –not with the idea of making a ton of money — we know that’s not going to happen,” Johnson says.

A similar story had played out in Hamilton County back in August. A ribbon-cutting was held as residents got the Jewell Market back in business following fundraisers and the selling of shares in the store.