You are here: Home / News / Advocates want change to allow blind people to vote by mail 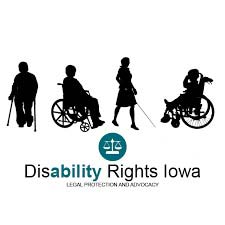 Right now, blind Iowans are unable to vote from home without another person there to help. Jane Hudson, executive director of Disability Rights Iowa, says many people don’t want to go to the polls because of the coronavirus pandemic.

“So they can’t vote independently and privately. They have to depend on someone else and that’s not voting,” Hudson says. “Voting, you’re supposed to be able to do privately and secretly, and no one else knows what your vote is.”

The secretary of state’s office says the legislature has to change the law for this to happen, but lawmakers declined to do that earlier this year. Advocates disagree, pointing to recent changes that were made to election procedures without full legislative approval.

Carrie Chapman, president of the Iowa Council of the United Blind, says she’s had someone help her fill out an absentee ballot, but she says blind Iowans have a right to vote privately and independently.  “There’s people that don’t have an option of having someone come and help them,” Chapman says, “and especially during the pandemic, they may be high risk, so having someone come into their home is a whole other ballgame in terms of that.”

Groups representing blind Iowans have been asking the secretary of state and lawmakers for more than a year to approve an accessible absentee ballot system. Then voters could use a computer program at home that would read the ballot out loud, allow them to mark the ballot, print it, and mail it to their county auditor.