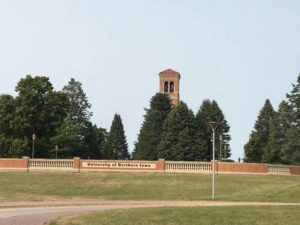 University of Northern Iowa President Mark Nook has overruled a decision by the school’s student government and supreme court that denied a request for a campus chapter of the national Students for Life of America organization.

President Nook’s ruling says the student government’s decision in the case was not “content-neutral and if not overturned would violate the group’s First Amendment rights.” The group’s organizer says student government leaders attacked fellow students for their pro-life views and denied a request for a new club based on their “personal support of abortion.”

Nook’s ruling says based on the review of the documents and recordings. the student Senate appears to have “denied recognition of the UNI Students for Life based on the content of the student organization’s viewpoint, speech and assumed potential activities.”

Students for Life of America National President Kristan Hawkins responded to the UNI decision. “Students for Life of American is very pleased that president Nook recognized the First-Amendment rights of pro-life students,” Hawkins says. “Clearly it’s viewpoint discrimination to say that pro-life students are a hate group because they hold a different view on abortion than they do.”

Hawkins says this should never have been an issue.  “It’s very troubling that members of the UNI community weren’t willing to hear another point of view on what is literally an issue of life and death in this country,” according to Hawkins.

Hawkins says there should be open discussion — especially on a college campus. “Being pro-life in American is not something that needs to be shoved out of public view. It is a legitimate concern — and frankly — one that our students have every right to communicate,” Hawkins says.

President Nook’s decision gives the UNI Students For Life chapter full recognition as a student organization on the Cedar Falls campus. That includes access to university facilities and services.