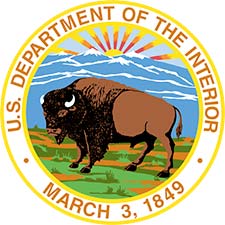 The U.S. Secretary of the Interior used the Iowa Gold Star Military Museum as the backdrop to announce veterans and Gold Star families will be eligible for free admission to National Parks and Monuments, starting on November 11th — Veterans Day.

David Bernhardt, the U.S. Secretary of the Interior, said his great uncle was killed when the Japanese attacked Pearl Harbor, so his grandfather was part of a Gold Star family.

“So many American families have been impacted throughout our history in defending freedom,” he said.

Disabled veterans have been eligible for free admission to National Parks. Bernhardt’s new order extends that to all veterans, as well as the immediate family members of soldiers who die in the line of duty. Key members of Congress have indicated a bill will be passed to make this new administrative policy a federal law.

“We looked at it from an economic perspective. We think the economics are very, very manageable based on current utilization, ” Bernhardt said, “but it really depends on how many people come to our parks on an annual basis and that visitation this year is very, very high, so we hope people get out and utilize it.”

There are no National Parks in Iowa, but there’s a national monument and a wildlife area in Iowa under federal control, however neither charges entrance fees. The Effigy Mounds National Monument is in northeast Iowa, near Harpers Ferry. The Union Slough National Wildlife Refuge is in north-central Iowa, near Titonka.