You are here: Home / Agriculture / Ag interests keen to learn who will lead Farm Bill debate in US House 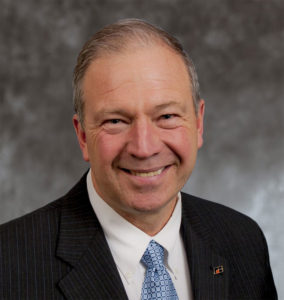 As Iowa farmers await passage of the next Farm Bill, they’re also waiting to see who will lead the debate in congress.

Iowa Farm Bureau president Craig Hill says the Minnesota Democrat who was the long-time chair of the U.S. House Ag Committee lost his bid for re-election.

“Colin Petersen did a great job of training folks and leading the committee,” Hill says. “He will be missed.”

Iowa Congressman-elect Randy Feenstra, a Republican from Hull, is hoping to be appointed to the ag committee, but Democrats have a majority of seats in the House — so it’ll be a Democrat with seniority who chairs the panel. Veteran congressmen from California and Georgia are competing to head the committee in 2021.

“Most Farm Bills begin in the House,” Hill says. “The House Ag Committee leads in that. Of course, the Senate Ag Committee has a lot of influence.”

“I think she’ll continue to fight for ethanol and trade and all those issues that are important,” Hill says.

Congress is to produce a new Farm Bill every five years and the next one is to be passed in 2022. Work on the massive bill will start next year.