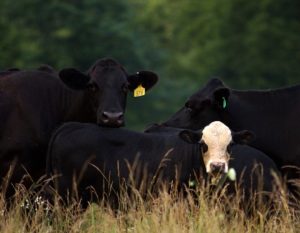 Iowa cattle producers could soon be able to use a cell phone app on their animals that’s based on bovine facial recognition.

Kansas State University animal scientist K.C. Olson says they gathered about a thousand short videos of feeder cattle restrained in a chute and the information was loaded into a neuro network based on artificial intelligence. Olson says the results were encouraging enough to develop a cell phone app.

“You simply position the cell phone camera in front of an animal,” Olson says. “When the conditions are right, as judged by the app, it will snap a series of pictures, it will put a GPS stamp on each one and a date stamp on each one. Those are automatically uploaded to a secure cloud database.”

Use of the app could eventually save producers from all sorts of hassles, from security to animal health.

“Any subsequent time that another producer, another owner, would be curious about the origins of a particular calf, they could use the same app, take the pictures, upload those to the database,” he says. “The information that they would then receive is when the animal was read into the system and where, physically where the animal was when it was read into the system.”

Human facial recognition is now a standard for identification in airports and other secure locations. That technology is based on the geometry of the human face and uses intricate measurements to put a permanent identification on a person.

Olson says the ultimate goal would be the creation of a national animal disease traceability system. He says the technology will be commercialized this fall and possibly before 2021, producers could add birthweights, vaccination history and other information.