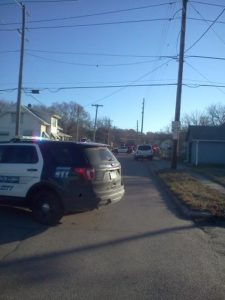 A standoff is underway in Sioux City where police say a man is firing an old-school weapon at officers.

KSCJ reporter Mark Hahn says police responded to the house in the eight o’clock hour this morning after getting a call about a disturbance and then a 911 hangup.

Hahn’s report says: “The subject is barricaded in the house. He has a bow and arrow and he’s shot several arrows at the police who responded. They don’t know if he has any other weapons in the house. They’re trying to negotiate right now and get a peaceful end to this.”

There are no reports of any injuries. The man’s name has not been released.