You are here: Home / News / Iowa Pork Congress is called off due to COVID, adding to Des Moines’ woes 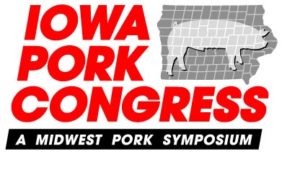 On the same day Des Moines leaders announced coronavirus would cost the city $25-million in lost revenue this fiscal year, the Iowa Pork Producers Association added to the misery by cancelling next month’s Iowa Pork Congress.

Association spokeswoman Dal Grooms says the event, which usually brings five-thousand producers to Iowa’s capitol city, is being cancelled due to COVID-19.

“This is going to be our 49th Pork Congress, or it was going to be,” Grooms says. “We’re still having some events. We’re going to have an awards event and we’ll be holding our annual meeting, just as we do every year.”

The event was slated for January 27th and 28th. The annual meeting will still be held in-person on January 26th and it’ll include the Master Pork Producers Awards program as well as the announcement of the 2021 Iowa Pork Youth Leadership Team.

“A lot of people really enjoy that, they like to see who the master pork producers are, and that is going to be available virtually,” Grooms says. “We also have some educational seminars that we hold every year, and those, too, will be available so that people can tune in from home and listen and get some information that they can apply to their farms.”

The popular Taste of Elegance restaurant event, which usually kicks off the Iowa Pork Congress, was also postponed.

“We do hope to hold that later in the year,” Grooms says. “It’s a great opportunity for Iowa restaurants to show us what they’ve got in terms of pork and what they share with their customers as well.”

The Iowa Pork Congress is billed as North America’s most successful winter swine trade show and conference. The next show is scheduled for January 26-27, 2022.