You are here: Home / Human Interest / U-I honor students take on rewrite of ‘The Great Gatsby’ 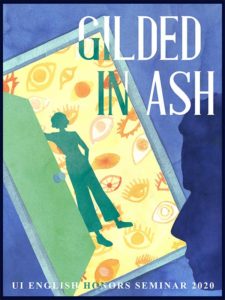 A 19-member honors class at the University of Iowa has written a new “fan fiction” version of what many regard as the greatest novel of the 20th century.

The copyright on “The Great Gatsby” expires at the end of this month, so U-I Professor Harry Stecopoulos had his students collaborate on creating a completely new telling of the classic 1925 story by F. Scott Fitzgerald.

“It’s not the same novel. The characters are largely the same but it’s a different plot,” Stecopoulos says. “For example, Gatsby is an African-American woman who is an art forger, so a major change there.”

Expiration of the copyright means anyone can publish the book, write a prequel, or adapt it however they’d like. The U-I students’ story is still set in the 1920s and in New York City but he says it’s very much an original account. It’s said too many chefs can spoil the soup, but Stecopoulos says having 19 students working together to create the new novel succeeded, in large part, thanks to the pandemic.

“Everyone is so lonely and isolated, especially the students. They’re living in singles or in apartments by themselves or with one roommate and they’re not going out as often,” Stecopoulos says. “They were more amenable to a collaborative exercise in community-making then they would be in an ordinary semester.”

Their new book is called “Gilded in Ash” and it will be published in book form some time next spring, but the electronic version will be released next month. It’s still in the final editing stages. “Right now, we’re at the tail end and we’re going to go through the entire thing looking for inconsistencies in plot or style or narration,” Stecopoulos says. “They’ve all been fantastic, working together, and this group was extraordinarily flexible and community-minded.”

The e-book should be available by January 20th at the latest, he says, through the University of Iowa’s Digital Scholarship and Publishing Studio.