You are here: Home / News / Getting some light could help battle Seasonal Affective Disorder 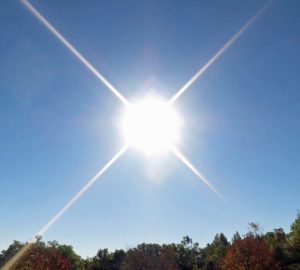 As Iowans battle cold temperatures, snow, ice, and oh, the isolation of the pandemic, it’s little wonder some people say they’re depressed or have the winter blues, even if it’s not even officially winter yet.

Typically, a contributing factor to SAD is a lack of sunlight. “As a species, we’re solar-powered,” Sikorski says. “We like the sun and when we’re out in the sunlight we get Vitamin D, we get Vitamin D-12 from some of the foods that we eat, but also as we decrease activity, our moods just generally drop.”

Sikorski, director of wellness education at the University of Nebraska Medical Center in Omaha, says there are things you can do to boost your mood, including buying a special light that’s very bright and sitting under it.

“Light therapy, you want to find something that has around 10,000 lux or lumens in the light,” he says. “For a lot of people, it’s a real godsend this time of year.” He also suggests adding foods to your diet that are rich in Vitamin B-12, like beef and other protein-rich foods, and increase your intake of food with Omega-3 fatty acids, like fish, and raise your Vitamin D-3 intake.

He says supplements are okay if you first check with your doctor. One other easy potential solution — get more sunlight.