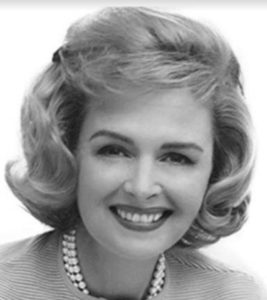 The Governor has proclaimed today as “Donna Reed Day” in honor of what would have been the 100th birthday of the Oscar-winning actress from Denison, Iowa.

Reed died in 1986 from cancer. — but continues to be remembered through the Donna Reed Foundation in her hometown.  Reed Foundation vice president, Pat Fleshner, says she was Donnabelle Mullenger when she graduated high school in 1938,and her parents couldn’t afford to pay for her college.

“She had an aunt who lived in Los Angeles and so she took the train to Los Angeles to go to college. She enrolled in L.A. City College,” according to Fleshner. “At that time in California if you were a resident it didn’t cost anything for tuition. It cost her as I understand $35  for books.”

Fleshner says Donna was only 17 and eventually she got noticed. She says in her second year of college she was voted campus queen and that got her recognized. She got a contract with MGM Studios — which changed her name to Donna Reed for her first movie, “The Get-Away,” when she was 20.

Reed won an Academy Award in the 1954 movie “From Here to Eternity” and co-founded her own TV production company, which produced “The Donna Reed Show” from 1958 through 1966. Reed was one of the first women to run her own production company.

Reed donated her Oscar to Denison and that eventually led to the non-profit foundation. Her daughter Mary Owen, says there is plenty of material for the foundation. “My mother saved so much I’d need another house to keep it,” Owen says. “I am so grateful for the foundation that they do such a great job preserving her legacy as an educational foundation.”

Owen says they have internships as they develop more background on her mother.
She says college and high school students who didn’t know her mom are doing all kinds of research on her mother. “And they are really falling in love with her and coming up with some fresh perspectives.

Owen says it is a classic story of a small town girl who made good. “My mom — she really followed her dreams — and she was so fortunate she could come from rural Iowa and become a big movie star,” Owen says.

The governor’s proclamation is part of a year of programs to celebrate the centennial, including commemorative displays at the Donna Reed Heritage Museum in Denison and the State Historical Museum of Iowa in Des Moines. The state museum also plans to host an online presentation on March 25th with Owen, who now lives in Iowa City.

(Tanner Bickford of KDSN in Denison contributed to this story./Photo courtesy of the state Historical Museum)