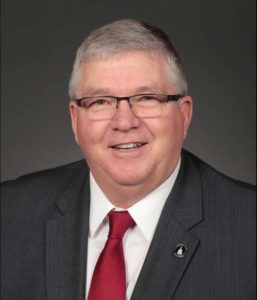 Teenagers between the ages of 14-and-a-half and 16 could get a special state permit for driving to and from work on a farm if a bill that’s cleared the Iowa Senate unanimously becomes law.

It would let kids in that age range drive alone, between the hours of 5 a.m. and 10 p.m., for farm work within a 50-mile radius.

“This bill reflects the needs and the wants of the folks here in Iowa,” Senator Dan Zumbach, a farmer from Ryan, said during Senate debate yesterday.

The teen would have be driving to do chores for their family’s farming operation or being paid to work on someone else’s farm. Iowa has a graduated licensing system for young drivers. It starts at age 14 with an “instruction permit” to drive, but only when an adult is in the vehicle. There are also permits for 14 and 15 year olds to drive alone to and from school and school activities.

At the age of 16, Iowa teenagers can get an intermediate license to drive without adult supervision.

An Iowa House subcommittee also has approved a bill that would create a new “farm work student driver” permit.