You are here: Home / Sports / Drake falls to No. 20 Loyola in MVC Championship 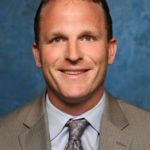 In a game of big momentum swings, the No. 20 Loyola Ramblers made one swing big enough to hold off the Drake University men’s basketball team finally, 75-65, in the championship game of the Missouri Valley Conference Tournament Sunday afternoon.

Both Tremell Murphy and D.J. Wilkins scored 20 points for the Bulldogs (25-4) and Loyola’s efficient effort on 59.1 percent shooting was too much for the shorthanded Bulldogs to overcome. The loss was just Drake’s second against teams in Quad 1&2 of the NCAA NET rankings in eight games (6-2).

“They’re terrific defensively, they make everything hard,” said Drake coach Darian DeVries of Loyola’s defense. “There’s not a lot that you can pick on. You have to earn everything you get and they’re one of the elite defensive teams we’ve played.”

The Bulldogs, who played their full-complement of 27 allotted regular-season games and finished the season with 25 wins, will await to hear their name called for the NCAA Tournament on Selection Sunday. The team’s 25 wins are the third-most in program history and 15 conference wins tied the school record.