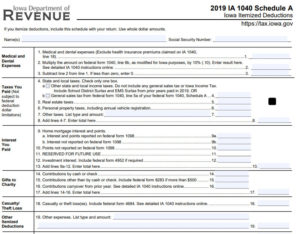 Republicans on a Senate committee have voted to phase out the state inheritance tax.

The bill also would accelerate the plan to phase in state income tax cuts. Democrats oppose the moves, warning the state’s budget could take a billion-dollar hit in a couple of years.

Senator Pam Jochum, a Democrat from Dubuque, said the original plan in 2018 put “guard rails” in place, so income tax cuts were only triggered if total state tax revenue rose to certain levels, “so that deep cuts were not going to be required on public safety — we would not have to defund the police, that we would be able to meet our obligations on educating our children and all those other services and programs that Iowans need.”

Senator Dan Dawson, a Republican from Council Bluffs, said for Iowa to be more competitive, the tax burden must be lowered.

“It’s permanent tax relief for a vast majority of Iowans who earn income in our state,” Dawson said during Senate Ways and Means Committee debate of the bill.

The state doesn’t have “a compelling interest” to collect inheritance taxes, Dawson told his committee colleagues.

“Whoever you choose to give your money to in the end after you pass from this Earth, it’s between you and the individual and not some concocted, morbid, 24-page section of code that says that you can do this at 0% or give it to this person at 15%,” Dawson said.

Under current Iowa law, lineal descendants — that would be children, grandchildren and great grandchildren — pay no income tax on inherited property. Brothers, sisters and in-laws pay between 5 and 10%, while uncles, aunts and cousins could pay up to 15%.