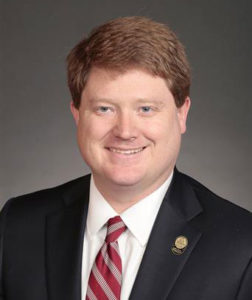 The Iowa House has passed a bill that calls for faculty and students at the three state universities to be trained each year about free speech rights.

Republican Representative Dustin Hite of New Sharon said the bill is in response to three high-profile incidents in which the views of conservative students at the University of Iowa, Iowa State University, and the University of Northern Iowa were dismissed or denigrated.

“It ensures that our students are able to freely express themselves without fear of retribution and that our educational institutions do not use the heavy hand of government to steer the conversation in one way or the other,” Hite said.

The board that governs the UI, ISU and UNI has already adopted the provisions of the bill as policy for the three schools. Hite, during closing remarks on the bill, said it’s not the job of the universities to tell students what to think, but to give them the tools to decide for themselves.

“The reason free speech is so important in the world of education is that’s when our young folks of this state are developing their own thoughts and ideas,” Hite said.

The bill passed on a 97-1 vote. Representative Christina Bohannan, a Democrat from Iowa City who is a University of Iowa professor, said the university’s faculty senate considers free speech central to the educational process.

“When it comes to the First Amendment, we have to take the long view,” Bohannan said. “Today, it’s mostly conservatives we hear arguing for free speech, but in the ’50s and ’60s it was the liberals — civil rights activists and Vietnam protesters — that pushed for First Amendment rights.”

Representative Jennifer Konfrst, a Democrat from Windsor Heights who is a Drake University professor, was another “yes” on the bill.

“What I do is force students to think critically, whether they’re conservative or liberal,” Konfrst said, “and this bill allows for that to happen in every classroom across the state.”

The bill would apply the same free speech policies at the state’s community colleges that are proposed for the public universities. The lone “no” on the vote came from Representative Dave Jacoby, a Democrat from Coralville. He said the bill is not needed to protect free speech and doesn’t open new doors for those who want to practice their First Amendment rights.