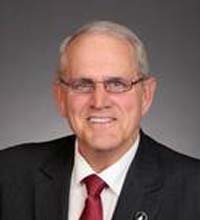 Senators have voted to rid Iowa law of a rule established when coal mining was an active industry in the state.

Iowa cities, counties, schools and state government are, by law, supposed to buy coal that’s mined or produced in Iowa, but there is none.

The last surface mine closed in the state in 1994. Senator Ken Rozenboom of Oskaloosa said coal was a booming industry in Iowa 120 years ago, but coal mining towns have faded into the history books.

“I don’t know if the names Muchakinock, Buxton, Lakonta, Cricket, Eveland mean anything to you, but they do to me,” Rozenboom said before the Senate voted on the bill. “Those are small towns in my county that once were the economic hub of Mahaska County.”

Iowa’s coal mining industry began in the 1840s. Its decline began in the 1920s as Iowans began heating homes with other energy sources, like fuel oil, and cheaper coal could be shipped into Iowa from other states. Senator Jeff Reichman of Montrose said Clean Air Act regulations were the final tipping point.

“Our coal has a high sulfur content and the scrubbers and the extra needs that are required to bring up the standards enough to burn the Iowa coal is what has actually driven that stake in it,” he said.

The University of Iowa’s power plant is partly fueled with coal and president Bruce Harreld has set a goal for the plant to be coal-free by 2025. Two of the five boilers in Iowa State University’s power plant are coal-fired and ISU administrators have developed a $12 million plan to convert those to natural gas.