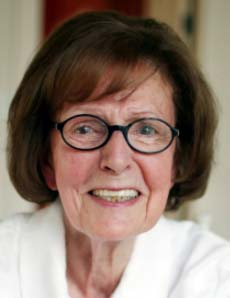 Former Iowa Secretary of State Elaine Baxter of Burlington has died at the age of 88.

In 1973, Baxter became the first woman ever elected to the Burlington City Council in 1973. In 1982, she was elected to the Iowa House of Representatives, where she served three terms.

In 1986, Baxter won a statewide race to serve as Iowa Secretary of State and served two terms as Iowa’s top election official. In 1992, Baxter ran unsuccessfully for the U.S. House against Republican Congressman Jim Ross Lightfoot.

After leaving elected office, Baxter served on a variety of state boards and commissions, including the Terrace Hill Society and the Iowa Lottery Board. In 2006, Baxter was diagnosed with Parkinson’s Disease and she died Friday after a brief illness according to an online obituary.