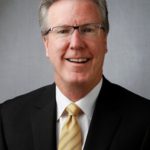 Iowa basketball coach Fran McCaffery has added a post player to the roster. Center Riley Mulvey was originally a 2022 recruit but reclassified to 2021 and will join the Hawkeyes this summer after signing a letter of intent.

The 6-11 native of New York played this past season at St. Thomas More in Connecticut where he averaged more than 14 points and nearly 12 rebounds. He fills a need at the post where all time leading scorer Luka Garza graduated and Jack Nunge transferred to Xavier.

“Building my relationship with Coach Fran McCaffery over the last two and a half years has inspired my commitment to be a Hawkeye.” said Mulvey. “I love how the team is connected as a family on and off the court, and the passion of the fans. I am excited to get on the court with my new teammates this summer and see what we can do as a team.”

Mulvey was the second-ranked 2022 junior in Connecticut before reclassifying and ranked as the No. 5 player in 2021.

“I am very excited to have Riley Mulvey join our program,” said McCaffery. “Riley really knows how to play. He is a skilled front court player with excellent defensive instincts. He is an excellent shot blocker and can run the floor. Offensively, he can finish around the basket and score off either shoulder. Riley will be a great addition to our program.”