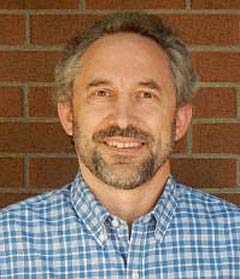 Forecasters say one of the major climate drivers for Iowa and much of North America should fade as summer approaches.

Meteorologist Dennis Todey, director of the U.S.D.A.’s Midwest Climate Hub in Ames, says it appears the “La Nina” pattern is already starting to shift away.

“Sea surface temperatures right now are right at the category of being La Nina and could be working their way down,” Todey says. “It looks like we will officially be getting out of La Nina status, and as we get into the summertime, we will definitely get into neutral, very high likelihood, up to 80% chance in May, June, July.”

A La Nina occurs when Pacific Ocean surface temperatures cool and it has an impact on weather across much of the continent. Todey says forecast models indicate the weather pattern may make a reappearance later this year.

“La Nina does appear to resurge, possibly,” Todey says. “It is the more likely condition as we get out into October, November, December, January. We’ll have to keep an eye on that. Not a major issue as we’re going along.”

Forecasters are predicting Iowa will experience a summer that’s both warmer-than-normal and drier-than-normal, though Todey says some of the pattern’s effects may linger.

“There could be little hints of La Nina hanging around that would impact the summer,” Todey says, “but officially, we are unlikely to be in La Nina conditions as we go along.” The latest report from the U.S. Drought Monitor shows parts of northwestern Iowa ranging from moderate to severe drought.

Todey says he expects the long-term trend to favor warmer, drier conditions across the region this spring and through summer.