You are here: Home / Crime / Courts / Arrest made in murder of Davenport girl

Charges are now filed in the kidnapping and killing of a Davenport girl who vanished last summer, whose remains were found in a Clinton County pond in March.

Scott County Attorney Mike Walton made the announcement at a news conference this  morning that the man who had been a person of interest all along in the case is the only person charged in the girl’s disappearance and fatal shooting.

“This morning, Henry Earl Dinkins was charged in the death of 11-year-old Breasia Terrell,” Walton says. “These charges are the result of a nine-month investigation by the Davenport Police Department and numerous other agencies.” 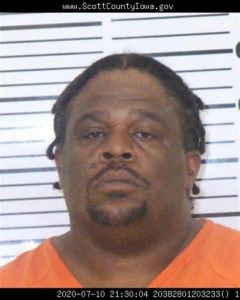 The 48-year-old Dinkins is accused of first-degree murder and first-degree kidnapping. Walton read the charges, referring to the slain girl by her initials, B.T.

“On or about July 10th, 2020, Henry Dinkins did remove a child from 2744 East 53rd Street, Davenport, Iowa, without consent or authority or by deception to secretly confine and inflict serious injury, and as a result of the kidnapping, B.T. was murdered.”

Walton also read the murder charge, but would offer no further details beyond the legal document. “On or about July 10th, 2020, Henry Dinkins did remove and confine a child and with premeditation, malice of forethought and intent to kill B.T., shot her with a firearm, causing her death.” 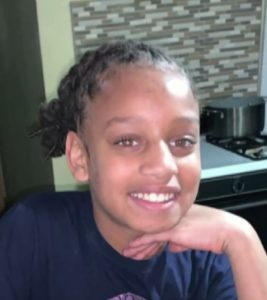 The girl’s remains were found March 22nd by a couple that was fishing at a pond in a rural area north of DeWitt. Breasia had spent the night before she disappeared with her half-brother and the boy’s father, Dinkins. He was already in jail on charges he violated his sex offender registration requirements.

The Iowa Department of Corrections reported Dinkins pleaded guilty to third-degree sexual abuse of a minor in 1990. If convicted of Breasia’s murder, Dinkins will face a mandatory life prison term.