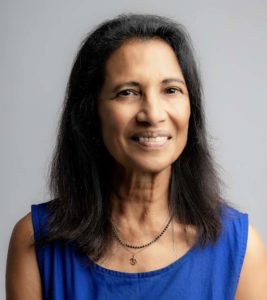 The winner of the Iowa-based World Food Prize was announced today.

Food Prize Foundation president, Barbara Stinson, made the announcement in an online video. “The 2021 World Food Prize is Doctor Shakuntala Haraksingh Thilsted of Denmark and Trinnida-Tobago. Doctor Thilsted is the seventh woman to be award the World Food Prize and the first woman of Asian heritage,” Stinson says.

The World Food Prize was created by Cresco, Iowa native and Nobel Peace Prize winner Norman Borlaug. Stinson says this year’s winner works in aquaculture. “Our laureate’s trailblazing on small native fish species in Bangladesh led to the development of aquatic food systems at all levels. From farmers to food processing to consumers — this approach led to improved diets for millions of the most vulnerable people from Asia and Africa,” Stinson says.

She says Thilsted’s developments made a big impact on ending hunger. “In Bangladesh, the increased incomes and access to nutritious fish brought about the laureate’s work contributed to cutting chronic hunger by more than half,” according to Stinson. “And reducing the number of underweight children by one quarter in the last 20 years — putting the country back on track to meet its nutrition goals.”

Stinson says Thilsted’s work built a system that has many benefits. “She created and spread the use of safe, nutritious fish-based foods, such as fish chutney and fish powder. These dried fish foods boasted four times the nutrient density of fresh fish. She encouraged processing practices that reduced fish waste and loss,” Stinson says. And she says the work helped women entrepreneurs.

Thilsted will receive the $250,000 World Food Prize at an October ceremony at the Iowa State Capitol building in Des Moines.