You are here: Home / Crime / Courts / St. Ansgar man and son arrested for involvement in U.S. Capitol break in 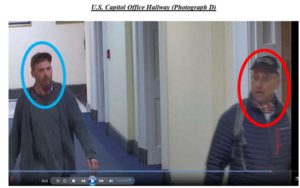 A northern Iowa man and his son, who lives in southern Minnesota, are charged with being involved in the storming of the U.S. Capitol.

The Federal Bureau of Investigation in Omaha says they arrested Daryl Johnson of St. Ansgar on Friday on charges related to the events at the Capitol on January 6th. The FBI says they received a tip that Johnson and his son, Daniel Johnson of Austin, were both inside the Capitol during the riot.

Daryl Johnson’s Facebook page allegedly had several references in comments to being present in the building at the time, with both Johnsons later being identified through video and photos. The FBI also received tips that Daniel Johnson had posted video on Snapchat while being inside the Capitol.