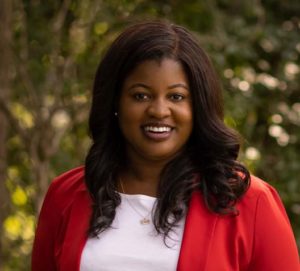 Democrat Deidre DeJear , who ran for secretary of state in 2018, is taking the first steps toward launching a run for governor in 2022.

In 2018, DeJear was the first Black Iowan to be nominated for statewide office by a major party. She lost to Republican Secretary of State Paul Pate. In 2019, DeJear served as Iowa campaign chair for Kamala Harris’ presidential campaign.