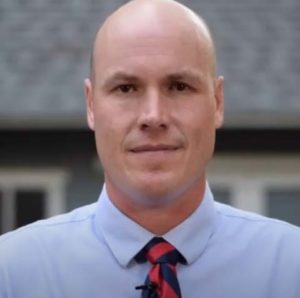 A Democrat who came within a couple of points of defeating Republican Congressman Steve King in 2018 has announced his plans for the 2022 election cycle. J.D. Scholten of Sioux City released a video message this afternoon.

“I have decided not to seek elected office this time around,” Scholten said in the video. “Instead, I’m joining RuralVote.org as their executive director.”

Scholten had been among those Democrats mentioned as potential candidates for the U.S. Senate in 2022. Scholten indicated the national group he’s now leading aims to boost Democratic turnout in about three dozen rural counties around the country.

Scholten, who also ran unsuccessfully for the U.S. House in 2020, got more votes than Joe Biden did in Iowa’s fourth congressional district. Scholten drove himself around in an R-V he called “Sioux City Sue” and visited each of the district’s 39 counties. Scholten suggests Democrats have to learn the lessons of 2020 as they prepare for the next election.

“Right now, Democratic policies are very popular, however they’re being drowned by mis- and disinformation. We have to remember that we’re just a handful of states and under 100,000 votes from a Donald Trump second term and a Republican-controlled House and Senate,” Scholten said. “Our campaign’s going to be focused on being in battleground states in 2022.”

That may or may not include Iowa, according to Scholten’s video statement.

Before he entered politics, Scholten played professional baseball in Canada, Europe, and the U.S., including a stint with the Sioux City Explorers. This season, at the age of 41, he’s been pitching for a Minneapolis-based team in an amateur baseball league.